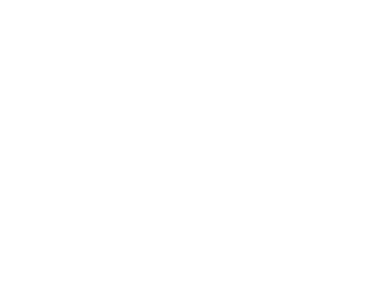 The Cook Off
To start this blog with 'I woke up on the day of the final' would be a lie. That sentence itself would suggest that I had indeed slept; I hadn't. This was like the morning of the ultimate job interview; imagine if you will the hardest exam you have sat, with a million possibilities for things to go wrong, the added pressure of three judges scrutinising your every move, AND the matter of friends and family all there to see events unfolding, not able to help or lend a hand. This, together with the added pressure of an estimated 2.8 million people watching, and not to mention two highly regarded presenters asking you questions. Nervous doesn't go anywhere near far enough to sum up my emotions. To quote Matt Smith in Dr Who, "Squeaky bum time, double squeaky bum time."

I arrived in the studio at about 8am, having had a good chat with Mike who picked me up that morning. Mike was the type of guy who used an expletive to start every sentence; in a strong East London accent it was endearing, strangely comforting. I explained the process and what I had gone through and the importance of today. Reassuringly Mike stated loudly, "F$cking breeze that you will, it's about personality and you have it! F$cking got it made mate." He then proceeded to name about two people who had made it in the cutthroat world of TV as good examples of amateur success stories, neither of whom I knew. I smiled, thanked him and tipped him; I knew what he was saying had no premises other than to boost my ego, but it helped. And I didn't care if he was making it up.

I walked into the green room where Phil was waiting for me. He smiled and said "Are you ready for this?" I wanted to say no. I wanted to say that I needed another day to fully prepare and practice. I bottled it, nodded, smiled and said, "Absolutely." That morning we prepared the ingredients; Julie had already done an awesome job. Phil was subdued, and I was focused. I ran through the processes in my head, I planned what I should say. I couldn't do anymore and I needed a distraction. It was then when I first saw Olly: a flamboyant man, who greeted me warmly as I introduced myself to him. We chatted, very much small talk but it was good. I then met Tana, who first of all is stunningly good looking, I was immersed in her eyes - she was softly spoken and interesting. Then met Borra and we chatted about the local area, as we both live in South West London. I was nervous and my chat was getting distinctly worse so I decided to politely exit and find something else to take my mind off the enormity of the task. This came in the form of buttering toast, a job typically done by the runners for the crew, but they were nice and it was an opportunity to talk about nothing and everything, and make toast for Penny Lancaster.

In no time at all the first part of the live filming was complete. I waffled something to Holly, and remember thinking, "This isn't too bad, all I need to do is keep this up and cook at the same time and everything will be fine, there is a chance I could avoid complete embarrassment, my parents won-t need to disown me, my friends may actually be talking about me without using profanities in the sentence.

This sense of europhoria was short lived, as next up all I heard was "Tarrant, over to you." All I could think was: "Please God don't freeze"; my voice has got me into trouble so many times throughout my life. I didn't. I talked. I cooked. Things went wrong! The dish wasn't perfect, which to this day I regret, as Phil had loaned me this dish; he was like an expectant father who knew I could do better. I so wanted it to be perfect, obviously for me, but also for him. That was the interest accrued of him loaning out his Crisp Lemon Sole with a Warm Beetroot Salad and Saffron Mayonnaise: he wanted perfection, but I settled. It was nerves; it didn't come apart but it wasn't as good as it could have been, which was frustrating. We went to an advert break. The judges had tried the food and were preparing to give the score. I cannot remember this, my memory has gone blank. I nodded and smiled. It was only after replaying it when I discovered I had scored 9, 8, 6 (the rather against the flow 6, but fair). It wasn't perfect - but it was enough to get the top spot. Just the public vote score now.

That evening I had about 100 txt messages from people watching me on TV. It was the live vote tomorrow and I needed people to vote. I stayed up, responding to every one of them. I had a glass of wine, turned on a bit of music, sat back, and realised what I had just done. Two months ago you couldn't have written it. It was real, and there was an absolutely possibility that I could win this. Tomorrow was D Day. Fingers crossed.